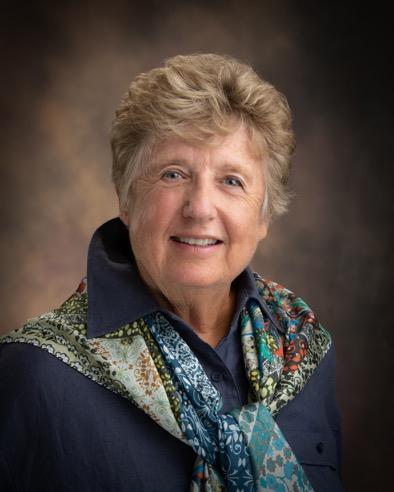 The renaissance currently underway downtown has its roots in Wheeling 2000, the late Harry Hamm's adaptation of Pittsburgh's highly successful Strategy 21 revitalization plan. Hydie Friend was at the vanguard of the plan's early efforts to use historic preservation as an economic development tool. Hired by the City of Wheeling Department of Development in 1983, Hydie secured funding and oversaw the renovation of the historic Centre Market Houses, which spurred private investment in the surrounding commercial properties and residences. As deputy director of development, she was responsible for the planning, zoning, and subdivision review for the City of Wheeling. Hydie also was responsible for the development of Wheeling's bike trails and the Veterans Memorial Amphitheater. In addition, she co-founded the Wheeling Waterfront Wednesdays concert series.

In 2002, Hydie became executive director of the Wheeling National Heritage Area Corporation, serving in that role until 2011. During her tenure, Hydie guided early planning and implemented initiatives that led to the City of Wheeling's official designation as a National Heritage Area by the United States Congress. Hydie also guided and managed the funding, design, construction, and operation of Wheeling's Heritage Port. She oversaw the design and installation of interpretive signage on the Heritage Trail and in Wheeling's neighborhoods. Hydie was involved in creating three interpretive exhibits, "Made in Wheeling" displayed at the Wheeling Artisan Center, "Crossroads of America" for the Intermodal Transportation Center, and "Born of the Civil War" at West Virginia Independence Hall.

Capping her career, Hydie led the effort to evaluate the purchase, renovation, operation, and management of the historic Capitol Theatre. In addition to other funding sources, she wrote the "Save America's Treasures" grant proposal that secured federal funds for the theater's facade renovation. She has assisted in obtaining federal and state tax credits for major historic rehabilitation projects such as the Wheeling Stamping Building and the Stone Center. She has prepared nominations to the National Register of Historic Places for numerous local sites.

Hydie Friend's leadership in every aspect of historic preservation and economic development continues to benefit Wheeling, contributing significantly to the community's quality of life and positioning Wheeling for successful renewal. She has adroitly bridged the past as a pathway to the future, always with a smile and a positive "we can do this!" approach. In addition, Hydie has served in leadership roles in various non-profit organizations including the United Way of the Upper Ohio Valley; the American Red Cross; Elmhurst, the House of Friendship; the Wheeling Landscape Commission; the Centre Market Commission; the Wheeling-Ohio County Convention and Visitors Bureau; Friends of Wheeling; Preservation Alliance of West Virginia; the West Virginia Planning Association; and the Everglades Society for Historic Preservation. She was also a member of the American Institute of Certified Planners, American Planning Association. In recognition of her contributions to the development of Oglebay Park, she was presented with the G. Randolph Worls Spirit of Oglebay award.

Hydie holds a bachelor of arts degree from Wilson College and a masters of Urban and Regional Planning from the Graduate School of Public and International Affairs, University of Pittsburgh. She completed the Executive Leadership Program at the John F. Kennedy School of Government, Harvard University. Hydie is a daughter of the late Sherman C. Shull and Harriette Hitchman and step-daughter of Brooks E. Wigginton. She is married to retired Judge L. Edward Friend II.