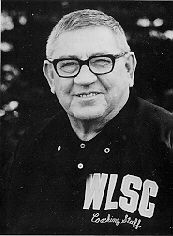 In 1930, he launched his coaching career as an assistant at Warwood, where he still resides with his wife of 48 years, Esther.

Roe also piloted West Virginia to victory over Ohio, 13-7, at Wheeling Stadium in 1940 in the first Ohio-West Virginia All-Star Game. In 1946, he became director of that August classic and served in that capacity up through the early 1960s.

➤ Read about Bob Roe's induction into the OVAC Hall of Fame on West Liberty  University's website.