The Heroine of Fort Henry

Elizabeth “Betty” Zane was the youngest sister of the Zane brothers.   While her older brothers were founding the city, Betty stayed with relatives in Philadelphia.   She arrived on the frontier in 1782 when she was about 16 years old.  The Indian Wars of the Upper Ohio Valley ran from 1774 to 1794.   Her arrival in 1782 was not quite at the midpoint of the conflict, but on the frontier, that year was one of the deadliest

The winter of 1781-1782 had been relatively mild.  As a result, the frontier did not get the seasonal Sabbath from Indians raids they normally enjoyed from November to April.  The Moravian Massacre, Crawford’s Defeat and several other smaller raids that spring and summer fueled enough vendettas to keep the frontier aflame in a bloody, no-quarter conflict.

Locally, the war reached its zenith on the afternoon of September 11th, 1782.  A scout spotted a force of approximately 260 Indians and 40 British rangers a couple of hours west of Fort Henry.  By early that evening they had laid a loose siege line around the fort and demanded the fort’s surrender. Their demand was refused and the battled started in earnest.  The emotional highpoint of the battle occurred about noon of the second day when the defenders found they were out of gunpowder.  It was the firepower of the fort that kept the enemy at bay and without it the fort would fall.   More of it was stored at Ebenezer’s blockhouse a short distance away, but who would go and get it.  Betty Zane stepped forward, noting that, should she fall, she would be less missed than a man.  Dashing out the south sally port, she made it to the blockhouse without a shot fired at her. As she stepped out to return, all hell broke loose as nearly every Indian and British ranger fired at her. Miraculously she made it back unharmed with her precious load of gunpowder, and the fort was saved. 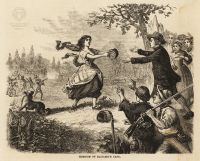 That courageous act made her a legend in her own lifetime. With the publication of the book Betty Zane by Zane Grey in 1903, she would rank just under Daniel Boone and Davy Crockett in the pantheon of American frontier history for many years. Betty Zane’s courageous act was the defining event of Wheeling’s early days.

(Text by Joe Roxby from the book, Legendary Locals of Wheeling) 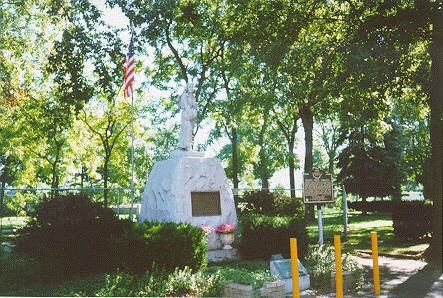 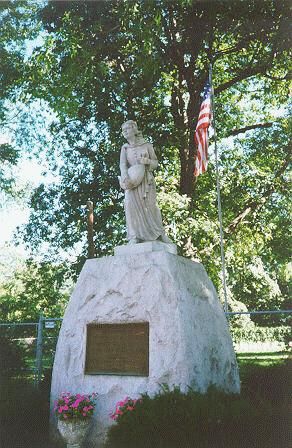