Fred G. Stroehmann established a business for himself in April 1892, his first shop being 2211 Market Street, quarters which he subsequently used as a retail store. Several successive additions were made, beginning about ten years after the opening of the first plant, until Mr. Stroehmann acquired for the use of his business all the ground from the corner of Twenty-second up to and including his original shop. On this ground was erected in 1911 a large four-story baking plant, equipped with every facility known to the baking art. This business was one of the first in the Upper Ohio Valley to introduce not only the mechanical devices for the utmost efficiency in the baking of bread and other products but also in the sanitary handling of the product and in measures and safeguards for the health and welfare of the employees.

The Stroehmann Baking Company built a large plant in 1916 in Huntington, West Virginia. Upon the rise of World War I, Stroehmann's "Mother's Made Bread" began supply bread to the army training camps. The increased demand caused Frederick Stroehmann to open a third bakery in Ashland, Kentucky in 1919.

In 1922, Federick sold his three bakeries to the Continental Baking Co., however, Frederick's two sons did not want to see their family's bread just die off and bought a bakery in Williamsport, Pennsylvania renaming it, "Stroehmann Brothers Bakery." In 1927, the bakery introduced a new product, sliced white bread. To go along with the new product and old-fashion bread style, the company created the figure "Grampa Stroehmann."

Today, the Stroehmann brand is part of the Bimbo Bakeries USA of Horsham Township, PA.

By 1989, Continental Baking Company's Wheeling distribution operation was based out of Pittsburgh. In April of 1989, the company discussed razing most of the Wheeling facility that spanned from 220-2214 Main Street. However, with the exception of the Wonder Bread Thrift Store, the company moved its Wheeling distribution center to East Cove Avenue in 1992 and put the remaining buildings up for sale. The old bakery factory was purchased by Stan Klos, Louis Molnar, and William Baierl in March of 1992. The north section of the building facing 22nd street (and including the clock tower) was demolished in January of 1999. 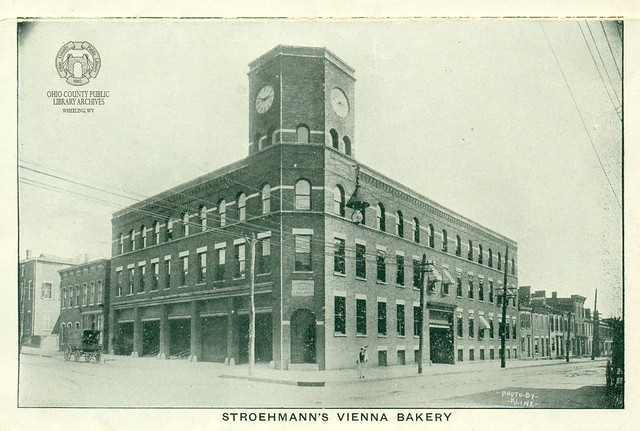 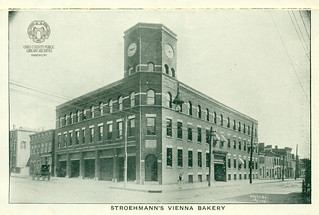