Crescent Iron Works was established in 1853 on the south side of Wheeling Creek by the company of Gill, Hardman & Stephens. Incorporating as the Crescent Manufacturing Co., the mill had 14 double puddling furnaces, 14 heating furnaces, three muck rolls, two Burden squeezers (used to squeeze slag out of wrought or puddled iron), and equipment to roll steel railroad rails. Among the investors was Joseph Whitaker, an established iron manufacturer in Maryland.

Whitaker Iron Company was organized in 1865, with George Price Whitaker as president, and son Nelson E. Whitaker as secretary, and took over an "ailing" Crescent Mill.

In 1891, Alexandar Glass, son-in-law of Nelson E. Whitaker, leased a tiny building near the Crescent Mill for $50 per year to start the Wheeling Corrugating Company.

The Whitaker-Glessner Co. was formed in January of 1904 by the merger of the Whitaker Iron Co., Wheeling Corrugating, and the Laughlin Nail Company (formerly Ohio City Iron & Nail Works - Alexander Laughlin, and nephew, Thomas L Glessner, in 1878) of Martin's Ferry, Ohio. Upon the merger of the three companies, the Whitaker-Glessner Co. controlled the product of seventeen sheet mills with a yearly capacity of about 40,000 tons of iron and steel sheets, and owned one of the largest nail and shovel works in the United States. The officers of the newly formed company were Nelson E. Whitaker, President; William L. Glessner (former president of the Laughlin Nail Co.), Vice President, and A. C. Whitaker, Secretary and Treasurer.

Stockholders of the Whitaker-Glessner Co., Wheeling Steel and Iron, and La Belle Iron Works, three of the largest steel and iron companies in the country at the time, began meeting to organize a completely integrated steel company in June of 1920. The consolidation of the three corporations into one, The Wheeling Steel Corporation, was approved by stockholders on July 3, 1920. 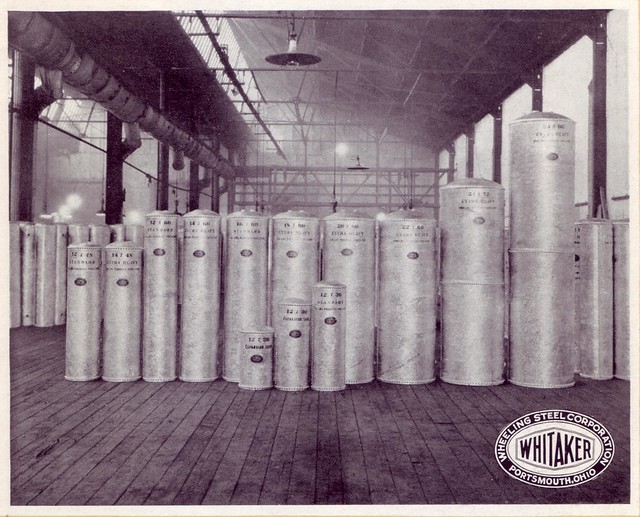 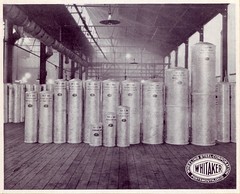 Materials in the Library's Archives: non-circulating, please call 304-830-1814 or email to make an appointment to view materials.
➤ Special Collections Book: From mine to market : the facilities and scope of steel manufacture of the Wheeling steel corporation of Wheeling - West Virginia. Wheeling Steel Corporation, 1926. Call #: Wheeling 672 W57f

➤ Special Collections Book:
From mine to market : the facilities and scope of steel manufacture of the Wheeling steel corporation of Wheeling - West Virginia. Wheeling Steel Corporation, 1926. Call #: Wheeling 672 W57f