Founded in 1901 by Andrew A. Schramm (who later served as president), William Bayha, Charles Conner, Joseph Korn, and William Schempf, the brewery was located at 31st and Jacob Streets. It boasted a four-story brewhouse and a 150 barrel brew kettle capable of producing 40,000 barrels per year. Put out of business in 1914 when the Yost Law enacting state prohibition was ratified by the West Virginia State Legislature, the brewery was converted to a match company and was later used by Wheeling Tile. The buildings were demolished in 1976.

-From "History of Greater Wheeling and Vicinity", Charles A. Wingerter, 1912

Uneeda Brewing Company. To note those enterprises which stand representative in their respective lines of industry, as bearing upon the precedence and commercial activities of the city of Wheeling, is one of the distinctive functions of this publication, and in this province the company named above demands due recognition, as it is one of the important concerns of its kind in the metropolis of the state of West Virginia, with facilities and products of the highest standard.

The Uneeda Brewing Company, brewers and bottlers of export beer, with a fine modern plant at the corner of Thirty-first and Jacob streets, in the city of Wheeling, was organized on the 7th of August, 1901, with an authorized capital of three hundred thousand dollars, and it was duly incorporated under the laws of the state. The incorporators were William L. Schempfs, Joseph Korn, Andrew A. Schramm, Charles W. Conner (now deceased) and William F. Bayha, and the first board of directors included these representative citizens, with the exception of Mr. Conner, and also the following named: C. Frederick Biery, Philip Kochert, John Schell, Adam Koegler and Edward Burkle. The personnel of the original executive corps was as here noted: William F. Schempf, president; Philip Kochert, vice-president; William F. Bayha, secretary; and Andrew A. Schramm, treasurer. In January, 1911, the present officers were elected as follows; Andrew A. Schramm, president; Philip Kochert, vice-president and general manager; and William F. Bayha, secretary and treasurer.

The well-equipped plant is modern in every detail and the popularity of the product offers the best attest of its superiority and of the correct business methods brought to bear in the prosecution of the enterprise.

▶ The Uneeda Brewing Co. factory was located on the SE corner of 31st and Jacob Streets (Buildings demolished in 1976.) 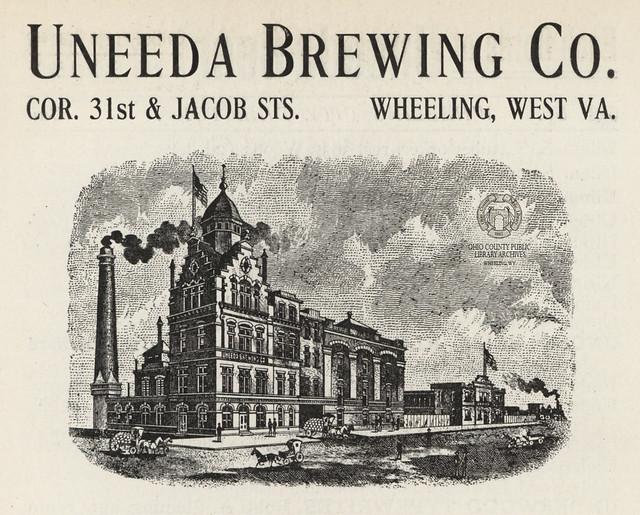 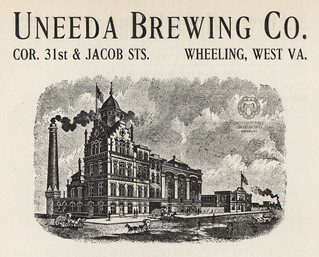