In 1856, Frederick Schenk opened a butcher shop in partnership with John M. Medick. In the 1870s, Schenk would partner with George Zoeckler, proprietor of a stockyard, to become "Schenk & Zoeckler, pork house, cor. of Fulton and Centre Street" in Fulton. The company became "F. Schenk & Sons" around 1882.

A very unusual and interesting history is that of the F. Schenk & Sons Company, of Wheeling, W. Va. It was founded in 1857 by Frederick Schenk, who died ten years ago. The business is now conducted by fifteen members of the family. There are three sons —John, who is president; Albert, secretary and treasurer, and Otto, who is vice-president. The remainder of the firm are twelve nephews, each of whom has his own department to attend to, and among these fifteen men perfect harmony prevails, and has prevailed for the past ten years.

The business has grown enormously, due to the fine quality of goods they make. Their specialty is buying only the very finest grade of hogs weighing as nearly as possible to a 250 pounds average. Their hog buyers have instructions to that effect, and year in and year out the weights are the same. The fifteen members of the firm have a monthly meeting, and ways and means are talked over to increase efficiency.

➤ Read more about the meatpacking industry in Wheeling. 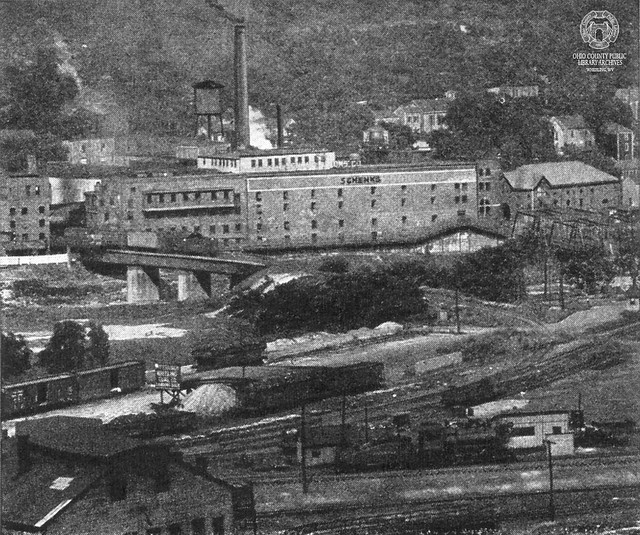